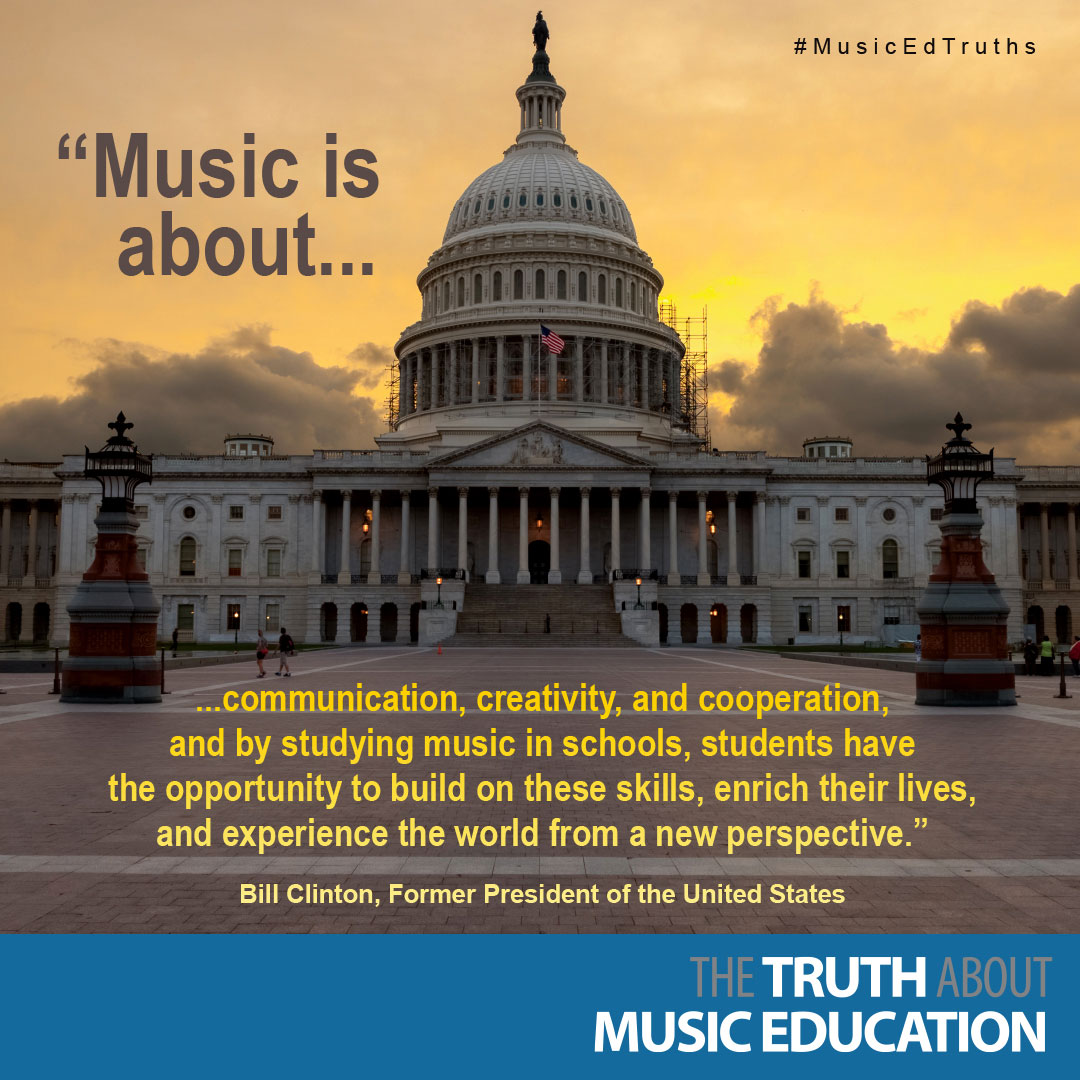 “Music is about communication, creativity, and cooperation, and by studying music in schools, students have the opportunity to build on these skills, enrich their lives, and experience the world from a new perspective.”

Our latest Staff Spotlight is on Jeff Malott. Jeff is our Director of Operations and has been with Paige’s since 1988. Please take a few minutes to get to know him. 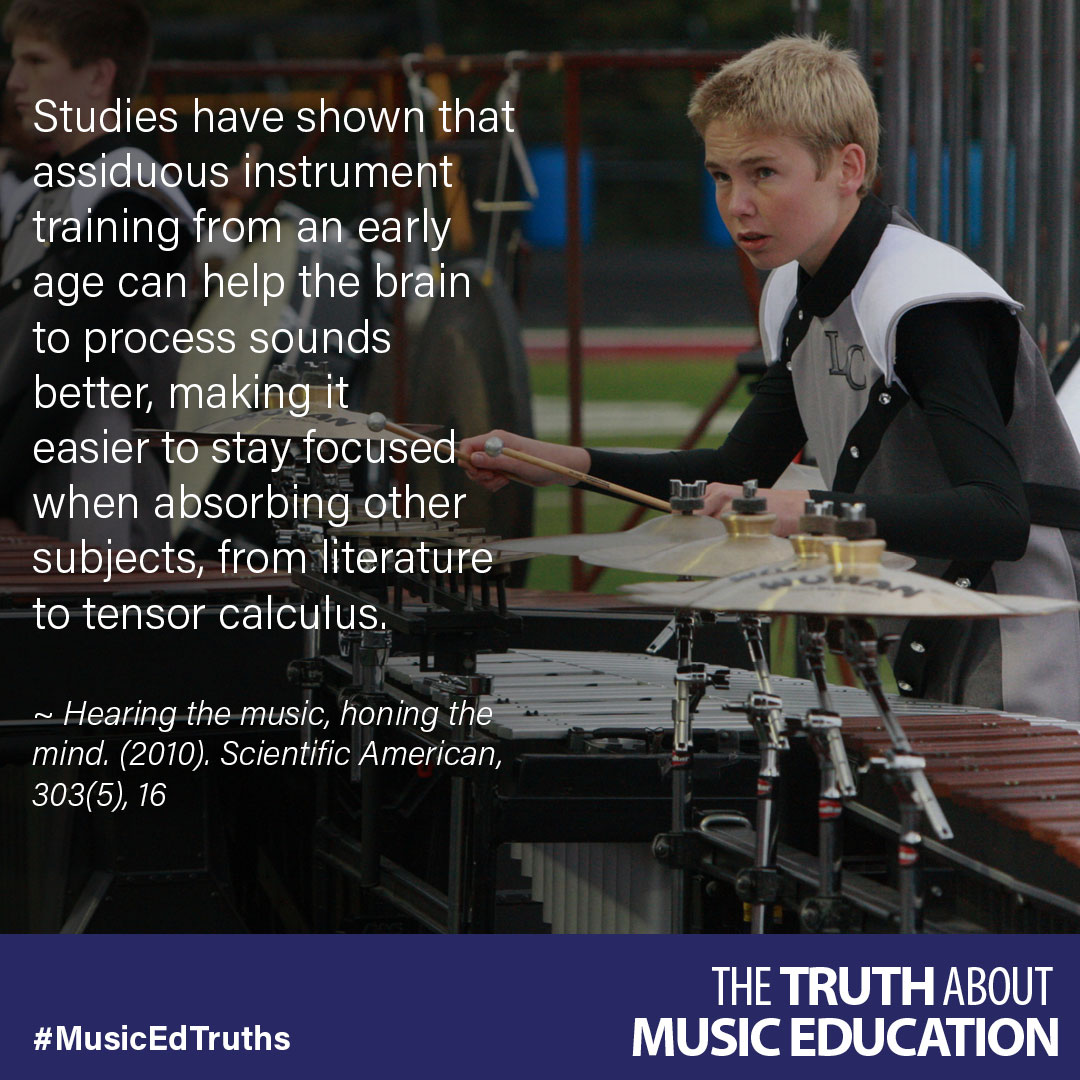 Studies have shown that assiduous instrument training from an early age can help the brain to process sounds better, making it easier to stay focused when absorbing other subjects, from literature to tensor calculus. 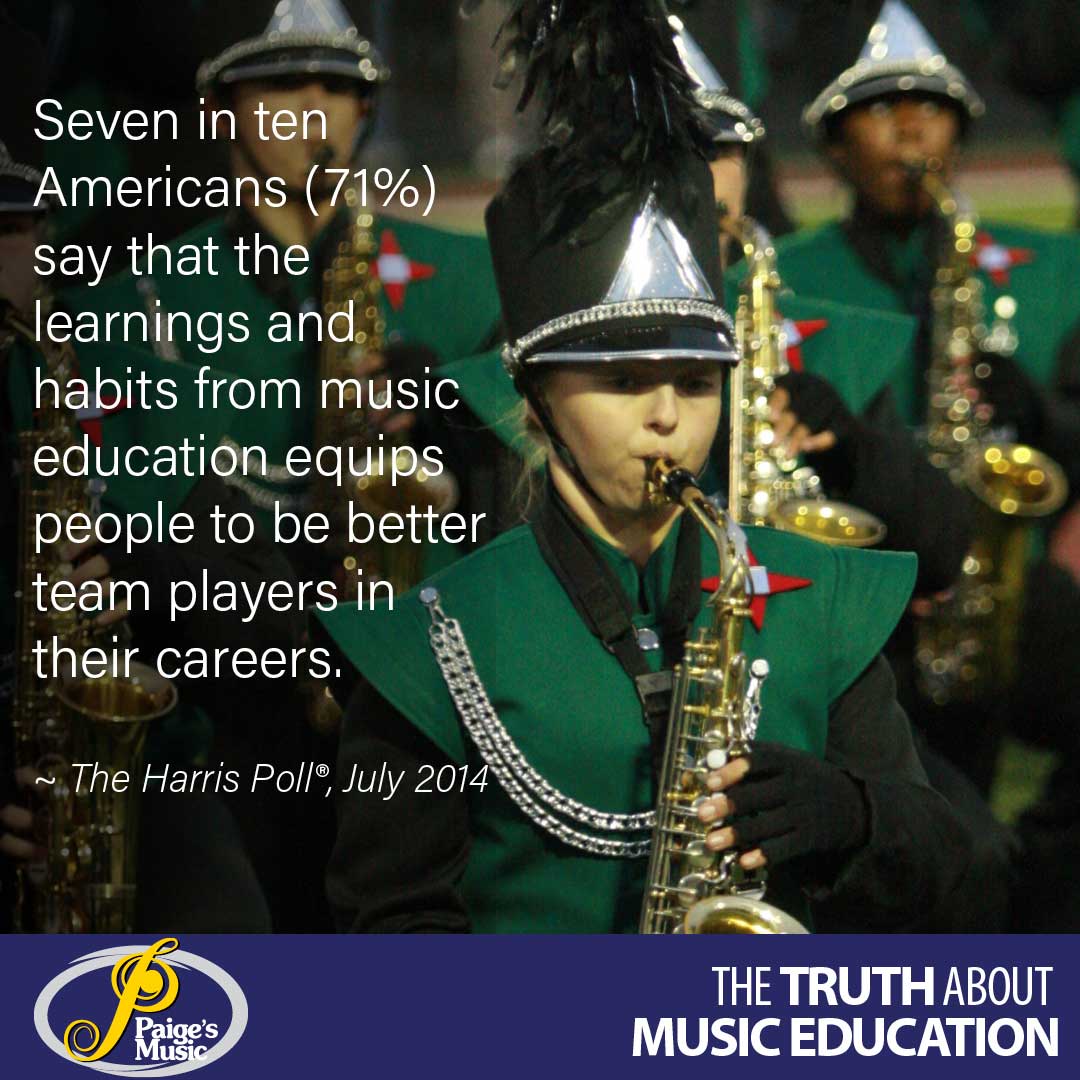 Seven in ten Americans (71%) say that the learnings and habits from music education equips people to be better team players in their careers.

The DCI Tour Premiere is in Indianapolis at Lucas Oil Stadium this Thursday, June 23rd.  The gates open at 7pm with the show starting at 8:30pm.  We think you should be there!  Here are just a few reasons why!

1. Experience the shows live before anyone else

While the Drum Corps International Summer Tour will be taking place over the next 8 weeks and there will be plenty of opportunities to enjoy the performances and productions the corps have to offer, there is nothing like seeing each show live with an audience for the first time.

Drum Corps International is the premier drum and bugle corps organization featuring well-known corps such as the Blue Devils, The Cavaliers, Carolina Crown, and many other famous and fantastic performance ensembles.

Modern drum and bugle corps are the “Division 1” of the marching music and Drum Corps International is “Marching Music’s Major League” and the top groups compete for the World Class World Championship in August in Indianapolis.

For a taste of the best drum and bugle corps has to offer, please enjoy this video!

Throughout its history, drum and bugle corps have had the creative freedom to experiment, explore, and excite audiences around the globe. Today, the world class corps premiering their programs are among the most creative and influential forces within the performing arts. Some of the music you will hear is old, some of it is new, and every take is a fresh interpretation!

You won’t just hear the music, you’ll see the music too! Each corps will feature an incredible color guard as well as instrumental members creating a visual experience to enhance every musical flavor, color, and texture.

I can guarantee that you will walk out of the experience full of inspiration and be moved by each and every performance.

Beyond the artistry of the performances themselves, the corps will be rehearsing and teaching by example. In addition to watching the performances themselves, the warmup areas provide a great opportunity to see how each corps conditions its members for playing, movement, and performing. The great thing about this portion of each performance is that every student learn how a great performance is great in the first place because each performing member has a strong foundation. It’s a great reminder of how important the basics are!
In addition to the informal education provided by watching warmups and rehearsals, Drum Corps International is partnering with the Indiana Music Educators Association (IMEA) to provide an educational experience for band directors and marching band staff. The event will feature The Troopers and Richard Saucedo, James Stephens, Michael Cesario and Jeff Queen. http://www.imeamusic.org/2017-marching-music-academy/

One more opportunity Drum Corps International is providing is the Kick Start interactive workshop with motivational speaker Fran Kick. The workshop is designed to “kick start” many of the lessons students and organizations will learn over the course of their marching experience. More information on Kick Start can be found here:

The spirit of drum and bugle corps is captured not only in the spectacle of the performances, but the torch the members carry on in their careers. Many of the performers are already music teachers and some will become directors of prestigious music programs, from elementary schools to universities. Many of the lessons learned will be passed on and further developed by an activity that transforms music educators for life.

Not only will you see great future music educators, but many students in the audience will audition for membership in one of these groups

Downtown Indianapolis has been voted as one of the most walkable and family-friendly cities in America! In addition to the lovely downtown selection of restaurants, parks, and other attractions, you will experience drum corps in the beautiful Lucas Oil Stadium. Lucas Oil Stadium is consistently rated one of the best stadiums in the NFL and has been home to Drum Corps International World Championships since 2009.

More information on downtown attractions can be found at visitindy.com

Art Is A Precious Heritage 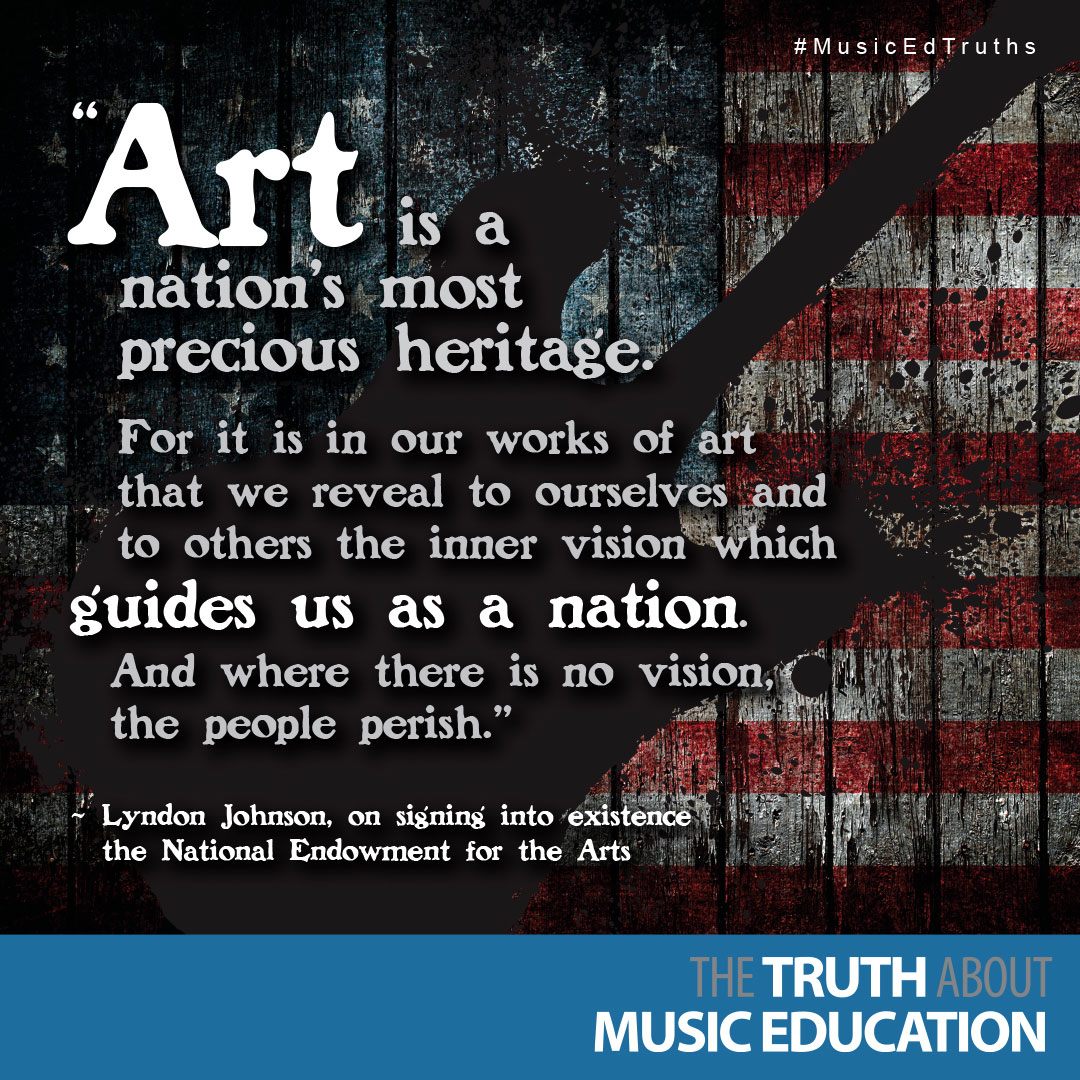 “Art is a nation’s most precious heritage. For it is in our works of art that we reveal to ourselves and to others the inner vision which guides us as a nation. And where there is no vision, the people perish.”

~ Lyndon Johnson, on signing into existence the National Endowment for the Arts

Take Care Of Your Instrument This Summer 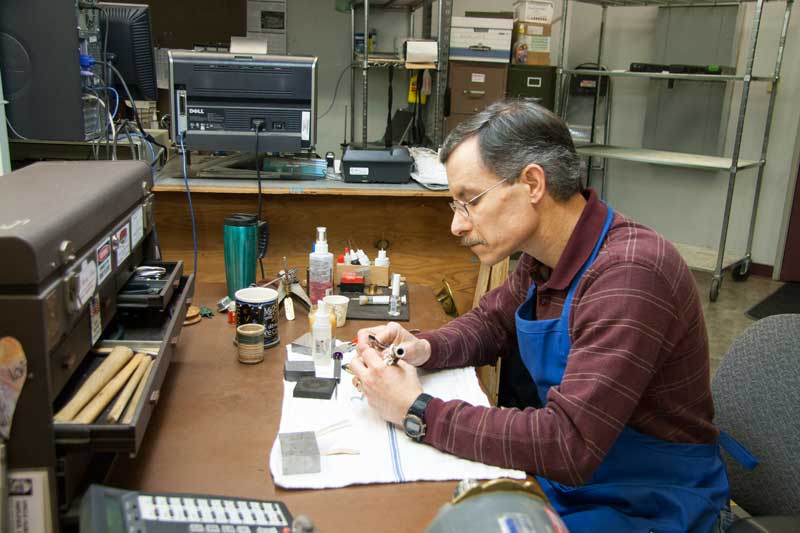 Brass instruments – At the very least make sure you grease up the tuning slides and move them in and out a few times to spread the grease around. Keep the valves oiled and make sure you get the instrument out from time to time to move the valves and slides around. Clean your mouthpiece out!

String instruments – Make sure and let the tension off on the bow to keep the hair from stretching. Use a soft cloth and wipe the rosin off the top. Do not try and use generic home cleaners as they may damage the finish.

These tips and more are covered under our “care and maintenance” videos which you will find on our website and in previous blog posts.

Above all make sure the instrument is stored in a dry climate controlled area. Too much heat and/or moisture can cause mildew and mold in just a short time.

As always, please contact us if you have any questions. 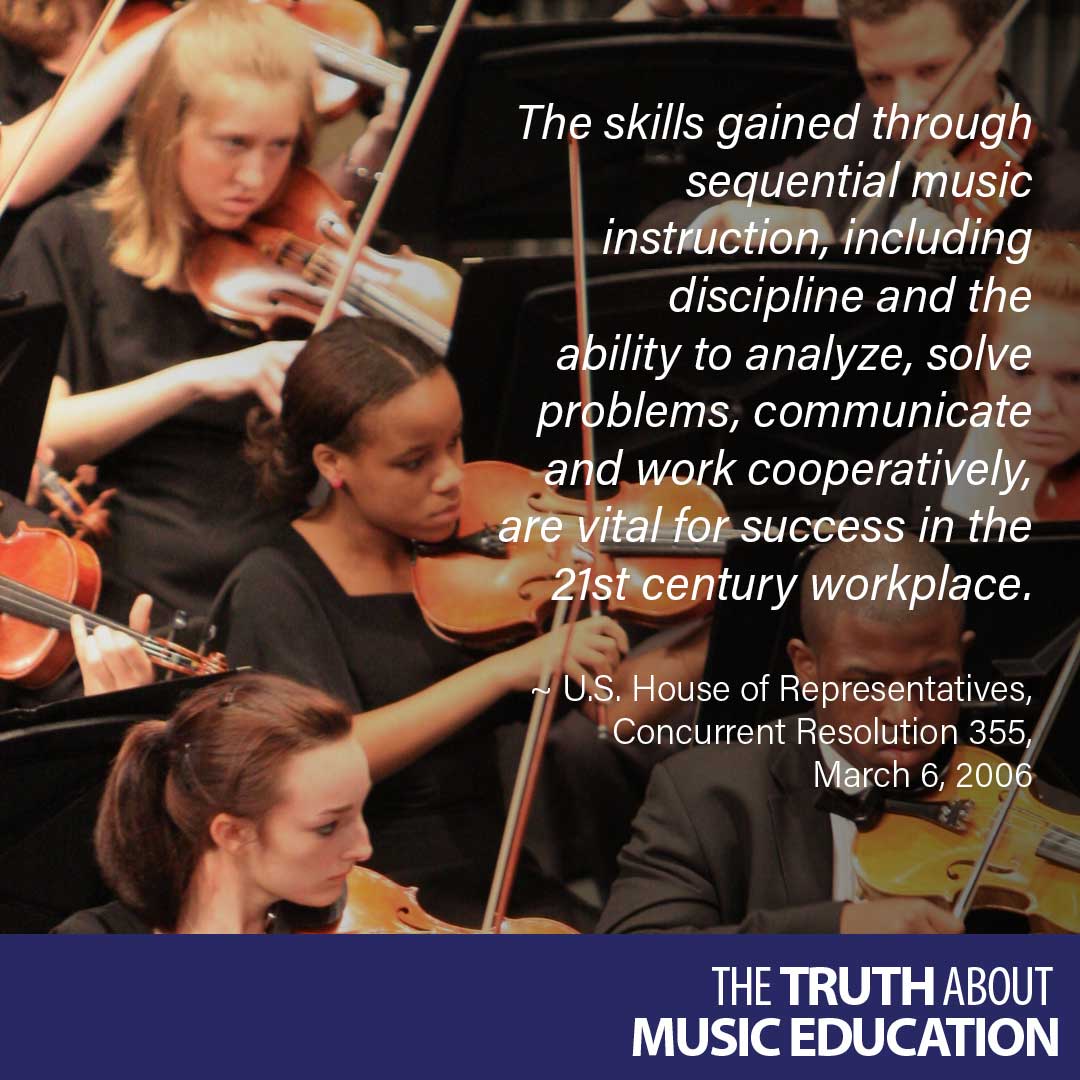 The skills gained through sequential music instruction, including discipline and the ability to analyze, solve problems, communicate and work cooperatively, are vital for success in the 21st century workplace.