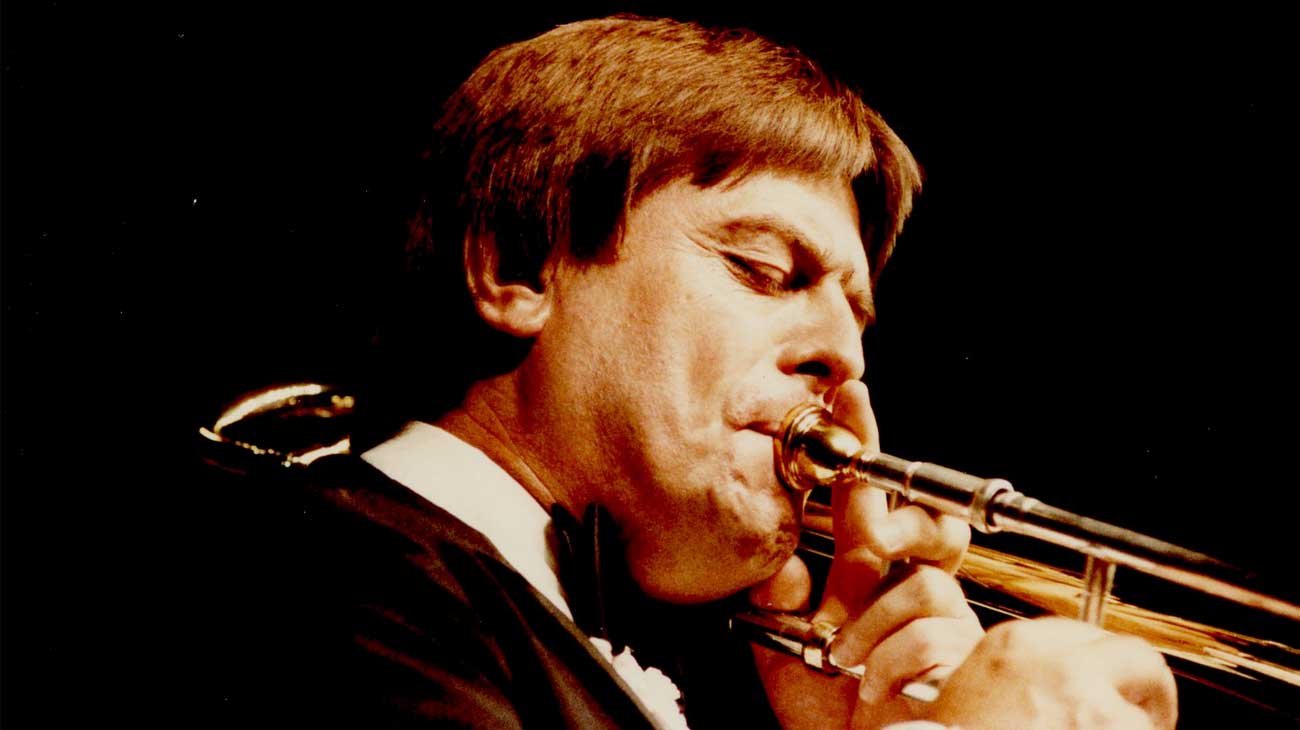 This Saturday would have been the 80thbirthday of legendary trombonist Bill Watrous. As we approach our first June without him let’s celebrate his fantastic career by revisiting some of his most prolific recordings. For younger players who might not yet be acquainted with Bill Watrous read Scott Yanow’s biography on Watrous below.

One of the finest bop-oriented trombonists from the 1960s onward, Bill Watrous had a low profile after moving to Los Angeles in the 1980s despite remaining quite active. Possessor of a beautiful tone and remarkable technique, Watrous was oftentimes overlooked in jazz popularity polls. His father was a trombonist and introduced Bill to music. He played in traditional jazz bands as a teenager and studied with Herbie Nichols while in the military. Watrous made his debut with Billy Butterfield, and was one of the trombonists in Kai Winding’s groups during 1962-1967. He was a busy New York-based studio musician during the 1960s, working and recording with Quincy Jones, Maynard Ferguson, Johnny Richards, and Woody Herman; playing in the television band for Merv Griffin’s show (1965-1968); and working on the staff of CBS (1967-1969). After playing with the jazz-rock group Ten Wheel Drive in 1971, Watrous led his own big band (the Manhattan Wildlife Refuge) during 1973-1977, recording two superb albums for Columbia. After moving to Los Angeles in the late ’70s, Watrous continued working in the studios, appearing at jazz parties, playing in local clubs, and leading an occasional big band. He recorded as a leader for Columbia, Famous Door, Soundwing, GNP/Crescendo, and with his big band for Double-Time. Bill Watrous died in Los Angeles in July 2018 at the age of 79.